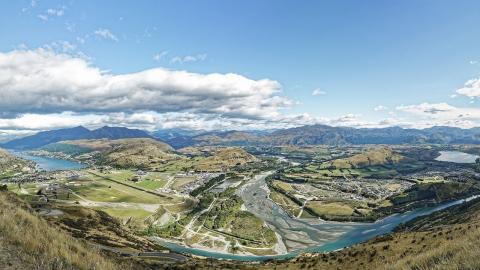 Putting the spotlight on inequality at SDG review summit
July 18, 2016
Blog: inequality takes center stage at UN, as High-Level Political Forum promises to 'leave no one behind' in SDGs.

Will accountability be left behind at SDG review forum?
July 13, 2016
As the High-Level Political Forum (HLPF) convenes this week, Kate Donald and Lena Kahler examine whether Agenda 2030 will live up to its promise to “leave no one behind”.

SDG targets risk missing the mark on inequality
March 8, 2016
﻿﻿﻿As the UN Statistical Commission debates final proposals for the SDG indicators, there is serious concern over the absence of a robust measure of inequality.

Indicators of success: how best to measure Agenda 2030
February 17, 2016
Four months have now passed since Agenda 2030 was agreed, but the crucial matter of designating indicators to measure progress remains in the balance.

Promising the World: Accountability and the SDGs
January 28, 2016
There is one critical area where the SDGs fall dangerously short – accountability. Read the new blog by Kate Donald, Director of CESR's Human Rights in Development Program.

Malaysia: new report on right to education for disabled children has important lessons for government
January 22, 2016
The National Human Rights Commission of Malaysia and CESR are working to ensure children with disabilities are not denied their right to education.

How can the UPR strengthen economic, social and cultural rights?
July 22, 2015
At a recent side event in Geneva, CESR and its partners examined the Universal Periodic Review's efforts to advance ESC rights.