Accountability in the Post-2015 Development Framework: What role for National Human Rights Institutions? 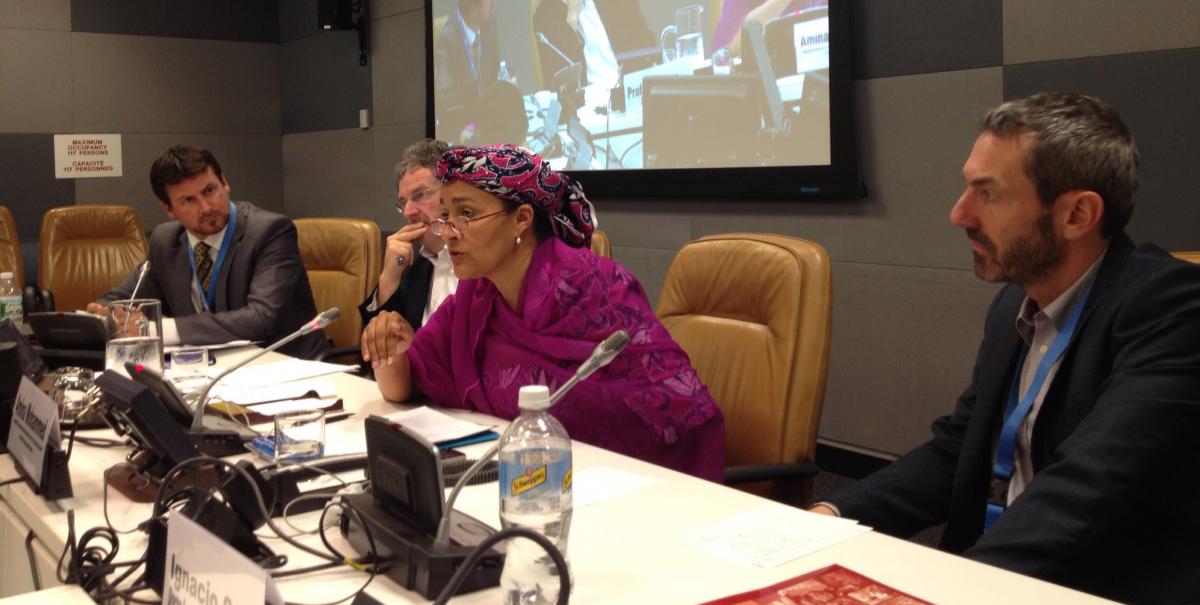 Last month, CESR Executive Director Ignacio Saiz joined a panel discussion on the way forward for national human rights institutions (NHRIs) in the post-2015 development agenda. Hosted by the United Nations Development Programme (UNDP), the panel was part of a seminar for NHRIs to commemorate the 20th Anniversary of the Paris Principles, the normative framework that defines the role, composition, status and functions of these institutions.

Accountability gaps have impeded the realization of the Millennium Development Goals (MDGs). And while NHRIs have often been cited as key mechanisms for filling these gaps, their comparative strengths and weaknesses in this regard have only recently been explored in depth.

As debates on what the post-2015 framework should look like progress, there are clear expectations that NHRIs will form part of the accountability infrastructure supporting it. But what should NHRIs do specifically? CESR suggested four broad proposals for NHRIs to consider:

It is clear that NHRIs have a lot to contribute to the post-2015 development framework. Their unique placement between the government and civil society, their legal mandate and the powers that derive from it, as well as their particular human rights expertise gives them huge potential to guarantee that the post-2015 framework has human rights at its core and that states can be held accountable for their commitments under it.

Despite many good practice examples—some of which are highlighted in the report Who Will Be Accountable?—experience of NHRI engagement with the MDGs and with development policies more generally shows uneven results. The degree of success an institution will have depends on a number of legal, political, financial and social factors that affect it both internally and externally. CESR continues to work with NHRIs and their networks across the world to build internal capacity, as well as strengthen their external relationships, so as to help them meet the expectations placed on them in the post-2015 context.