Member states gathered at the UN from 18-22 May to discuss how they would ’follow-up and review’ progress once implementation of the post-2015 sustainable development agenda begins. For CESR and many others, accountability for the post-2015 commitments has become a core priority, given the stark failures of accountability in the context of the MDGs. As a result, civil society was out in force at the negotiations, keeping pressure on states to agree a monitoring and review architecture that can contribute to more effective, empowering and rights-realizing implementation. 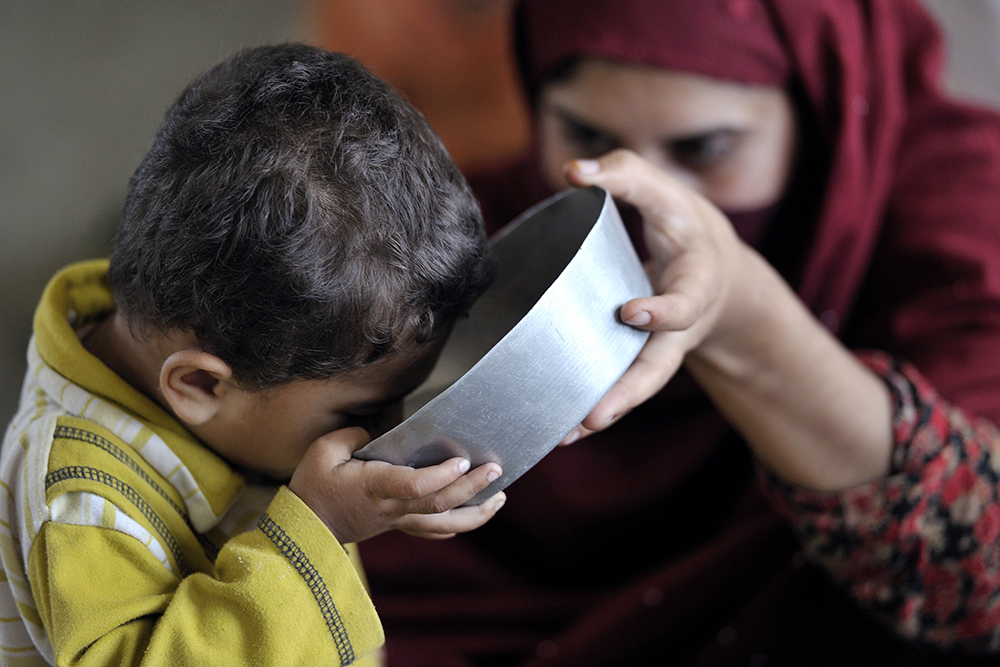 The context is a challenging one, where even the word ‘accountability’ has become controversial.  After the co-facilitators queried which terminology to use during the negotiations, the G77 + China group declared that there was no place for ‘monitoring and accountability’ in the post-2015 context, preferring the more anodyne ‘follow-up and review’. However, this does not seem to be a uniform position; some  G77 countries did in fact use the taboo ‘A word’ in their public and private remarks.  For many, the fear of ‘accountability’ stems not from dislike of the concept of people-state accountability per se, but rather state-to-state accountability; the idea that the new goals could provide an excuse for new avenues of conditionality and paternalistic finger-wagging from rich countries. (For CESR, real accountability should mean nothing of the sort, and indeed we see the post-2015 goals as an opportunity for greater accountability for the role of the developed countries in constraining or enabling sustainable development internationally.) For the EU countries and their allies, ‘monitoring and accountability’ seems to roll off the tongue more comfortably, but their stance is, likewise, far from consistent. In the negotiations building up to the Financing for Development conference in Addis Ababa in July, the EU and other rich countries are firmly resisting moves to create an autonomous body to strengthen follow-up to the FFD measures.

Much of the discussion focused on what kind of process or mechanism would be put in place at the High Level Political Forum to monitor progress at the global level. Various civil society voices (including CESR, Save the Children and the Women’s Major Group) and a number of states urged consideration of a robust peer review process, but on the whole the appetite for anything more than rudimentary was lacking.  Instead, states spent a lot of time warning against anything ‘punitive’ or ‘finger-pointing’, and urging a ‘lean not mean’ approach.

Certainly, we need a constructive review process based on collaboration, rather than conditionality or naming-and-shaming; but a process which simply allows states to present reports and little more – without sharing setbacks or allowing for alternative or ‘shadow’ reports – will fall woefully short.  To ensure the credibility, ownership and effectiveness of the post-2015 sustainable development agenda, it would be much more worthwhile to commit a little more time and resources - and a lot more political will - to an honest and holistic global monitoring and review process.

The need to use existing monitoring platforms and mechanisms was also a common refrain, and to this end the UN Secretariat put together an overview (which rightly includes the human rights mechanisms, albeit not consistently across all the goals where their recommendations and findings would apply). Making good use of existing thematic mechanisms such as the human rights treaty bodies and the Committee on World Food Security makes good sense in weaving a web of accountability for post-2015 development. However, these entities will need to be strengthened and given the requisite capacity, and in order to avoid MDG-style silos it will  be essential to ensure integration and coherence, including through a systematic flow of information between these bodies and the SDG-specific processes.

At the national level, it will also be important to find institutions and mechanisms that can play a ‘bridging role’ between different goal areas, policy spheres, departments and ministries – as well as people and governments. In this regard, the potential value of National Human Rights Institutions was highlighted, including at a side-event co-hosted by CESR, the Office of the High Commissioner for Human Rights, Amnesty International, Center for Reproductive Rights and Human Rights Watch.

Another key gap is the question of corporate accountability. The post-2015 and FFD negotiations are awash with uncritical assumptions about the benefits of private financing for sustainable development, without any reflection on how corporate activity – from resource extraction to tax evasion – can have severely detrimental human rights and environmental impacts. Many civil society groups are speaking up to challenge this misguided consensus, insisting that while the private sector may have an important role to play in sustainable development, there must be safeguards in place.

Speakers at a side-event on this topic discussed the dangers of privatizing public service delivery, drawing on examples from developed and developing countries in the water, health and education sectors, and presented some proposals to regulate corporate activity and increase accountability in the post-2015 context. These included excluding public-private partnerships (PPPs) from the delivery of essential public services, conducting spillover assessments and developing ex-ante criteria to determine the suitability of any specific private sector actor for partnership in pursuit of post-2015 goals. The Guiding Principles on Business and Human Rights were also mentioned as an important normative source to be cited in the respective outcome documents, and to guide financing and implementation decisions at the national level. However, it remains to be seen how willing states are to explicitly put people’s rights before corporate profits, and to put meaningful regulation and safeguards in place to this end, especially given the proliferation of free-trade agreements and investor-state dispute settlement mechanisms.

More positively, during the debates all states did accept  - at least in principle - that the review processes and mechanisms at all levels must be participatory and inclusive of civil society and the most disadvantaged, marginalized people. The question is how far they will go in implementing these ideals. For an agenda with the imperative to ‘leave no one behind’ at its heart, it is unthinkable that the voices and experiences of the poorest and the most disadvantaged people might be excluded from monitoring and review platforms – which is exactly what will happen if proactive steps (including providing financial resources) are not taken to include them.

The fatal flaw running through development over the last few decades (and one of the main reasons we’ve seen many so-called development projects violating rather than realizing rights) has been the failure to prioritize and enable true participation, or to ensure that those who hold the power and purse-strings are held accountable. It would be a tragic waste if the SDGs were to repeat the same mistakes.