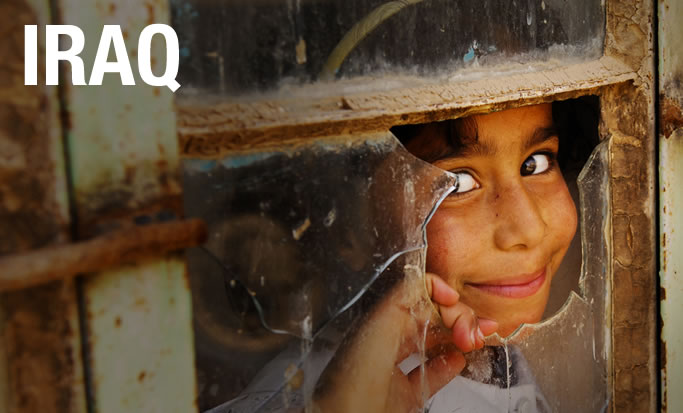 CESR staff began working in Iraq in 1991, conducting comprehensive field surveys to assess the impact of war and sanctions on socio-economic conditions there. They also undertook extensive advocacy and public education efforts to reverse the policies that contributed to people's suffering. CESR’s research studies documented Iraqis reeling under economic collapse, caught in a cycle of hunger and disease that claimed the lives of hundreds of thousands of Iraq's most vulnerable members.

In April 1991, one month after the ceasefire that ended the first Gulf War, the 12-member Harvard Study Team (the precursor to CESR) organized the first non-governmental post-war mission to assess the impact of war and sanctions in Iraq. Their report of a public health catastrophe received front-page international coverage and was submitted to the UN Security Council.

In September 1991, CESR directors organized an 87-person international mission (The International Study Team) to conduct more comprehensive studies, including an epidemiological survey of infant and child mortality. This was the first mission to document a dramatic increase in mortality rates and excess child deaths due to war and sanctions. The findings were published as Health and Welfare in Iraq after the Gulf Crisis: An In-Depth Assessment. The team also made a documentary film shown on public television in the US and Europe. 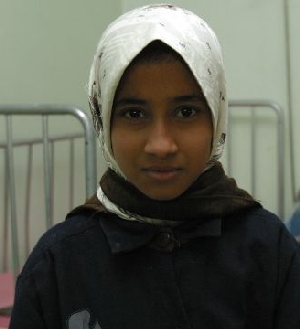 In 1993, 1995 and 1997, Sarah Zaidi, then CESR’s Research Director, participated in the FAO mission to Iraq that highlighted the depth of the humanitarian crisis. Her letter to The Lancet was the first to publicly discuss a figure of 500,000 excess child deaths, later confirmed in a UNICEF epidemiological survey. The figure was also referenced in a story in the The New York Times.

In 1996, to assess the impact of sanctions from a human rights perspective, CESR conducted independent surveys on economic conditions, public health, sanitation, and infrastructure in Iraq. The resulting report, UN Sanctioned Suffering, offered evidence of the devastating toll that UN-imposed sanctions were taking on Iraqi society and was the first major report to charge the US and the UN Security Council with violating human rights, including the right to life, by imposing collective punishment on the Iraqi population in an effort to change the behavior of its leadership.

The report was presented to the Security Council and as part of a sustained lobbying campaign, CESR also wrote Op-Eds in the Washington Post and International Herald Tribune, published articles critiquing US policy, and presented its human rights findings in meetings, seminars, and academic forums to audiences in the US and abroad. The news show 60 Minutes produced an award-winning segment on this mission, featuring CESR directors debating the then US Ambassador to the UN, Madeline Albright.

In 1997, CESR organized a fourth mission to Iraq to research a comprehensive report on the economic impact of sanctions. CESR sent a team of economists from the London School of Economics to the country to study the effect of sanctions on the Iraqi economy and the livelihood and well-being of its population. The enormous human and economic costs of sanctions are examined in Sanctions Against Iraq: Costs of Failure. The report also resulted in hearings at the UK House of Commons.

In 1997, CESR contributed to the adoption of General Comment No. 8 by the UN Committee on Economic, Social and Cultural Rights, which established a human rights framework for sanctions. CESR also successfully petitioned the Committee on the Rights of the Child to recognize the link between sanctions and violations of child rights.

In late 2002, CESR launched an Emergency Campaign on Iraq to advocate for peaceful alternatives - based on the principles of international law - to the Bush Administration's drive to invade Iraq. As part of this campaign, CESR produced a set of educational resources and fact sheets, prepared legal and humanitarian reports, and conducted a fact-finding mission in Iraq.

In January 2003, CESR organized a research mission to Iraq to assess the likely humanitarian consequences of war through a combination of field surveys and interviews. The team, including six experts in food security and nutrition, public health infrastructure, primary and public health care, and emergency and curative medicine, was given unusually free access to investigate a wide range of civilian sites throughout Iraq and interview government and UN officials. In addition, the team obtained confidential UN documents on humanitarian conditions and emergency planning for war in Iraq.

Based upon its research the team released a report, The Human Cost of War in Iraq, assessing the full costs of a potential war, especially to vulnerable civilians, with a focus on likely damage to essential public services if the US targeted the economic and civilian infrastructure as they did in the first Gulf War. The report also established a baseline assessment of pre-war socio-economic conditions and sought to determine the extent to which Iraq's health infrastructure would be able to cope with the consequences of war.

In March 2003, as the Bush Administration unsuccessfully attempted to convince the UN Security Council to provide a diplomatic cover for its planned invasion of Iraq, CESR released a report, Tearing up the Rules: The Illegality of Invading Iraq, which presented a comprehensive analysis of the illegality of such a war against Iraq.

After the Bush Administration went to war in Iraq, CESR examined US and UK responsibility for the unfolding humanitarian crisis there in its report, Water under Siege in Iraq.

In addition to its full-length reports, CESR also prepared a series of one-page factsheets examining key topics related to the crisis in Iraq. These quick references were created for distribution to the public and to policy-makers and covered the following topics:

CESR’s most recent report on Iraq, Beyond Torture: US Violations of Occupation Law in Iraq, published in 2004, presented ten categories of US violations of the laws of occupation. The report finds that one year after the war against Iraq, the United States was committing war crimes and other serious violations of international law in Iraq as a matter of ongoing policy.

Costs and Consequences of War in Iraq.pdf

Beyond Torture US Violations of Occupation Law in Iraq.pdf

Costs and Consequences of War in Iraq.pdf

Sanctions Against Iraq: Costs of Failure

In 1997, CESR organized a fourth mission to Iraq to research a comprehensive report on the economic impact of sanctions.

Health and Welfare in Iraq after the Gulf Crisis: An In-Depth Assessment

The findings of an 87-person international mission on the human rights impacts of the Gulf Crisis (1991).

Breaking the rules: the illegality of invading Iraq

In March 2003, CESR released a report  which presented a comprehensive analysis of why a war against Iraq would be unequivocally illegal.

Beyond Torture: US Violations of Occupation Law in Iraq

This report, from June 2004, presents ten categories of US violations of the laws of occupation.

From April 2003, this report examines the lack of safe water in Iraq caused by the war.

In January 2003, a CESR organized a research mission to Iraq to assess the likely humanitarian consequences of war.

Tearing up the Rules: The Illegality of Invading Iraq

In March 2003, CESR presented a comprehensive analysis of why a war against Iraq would be unequivocally illegal.

Sanctions Against Iraq: Costs of Failure

In 1997, CESR organized a fourth mission to Iraq to research a comprehensive report on the economic impact of sanctions.

Health and Welfare in Iraq after the Gulf Crisis: An In-Depth Assessment

The findings of an 87-person international mission on the human rights impacts of the Gulf Crisis (1991).