Fiscal Governance Under the Taliban: an analysis of the first Afghan national budget since the fall of the republic 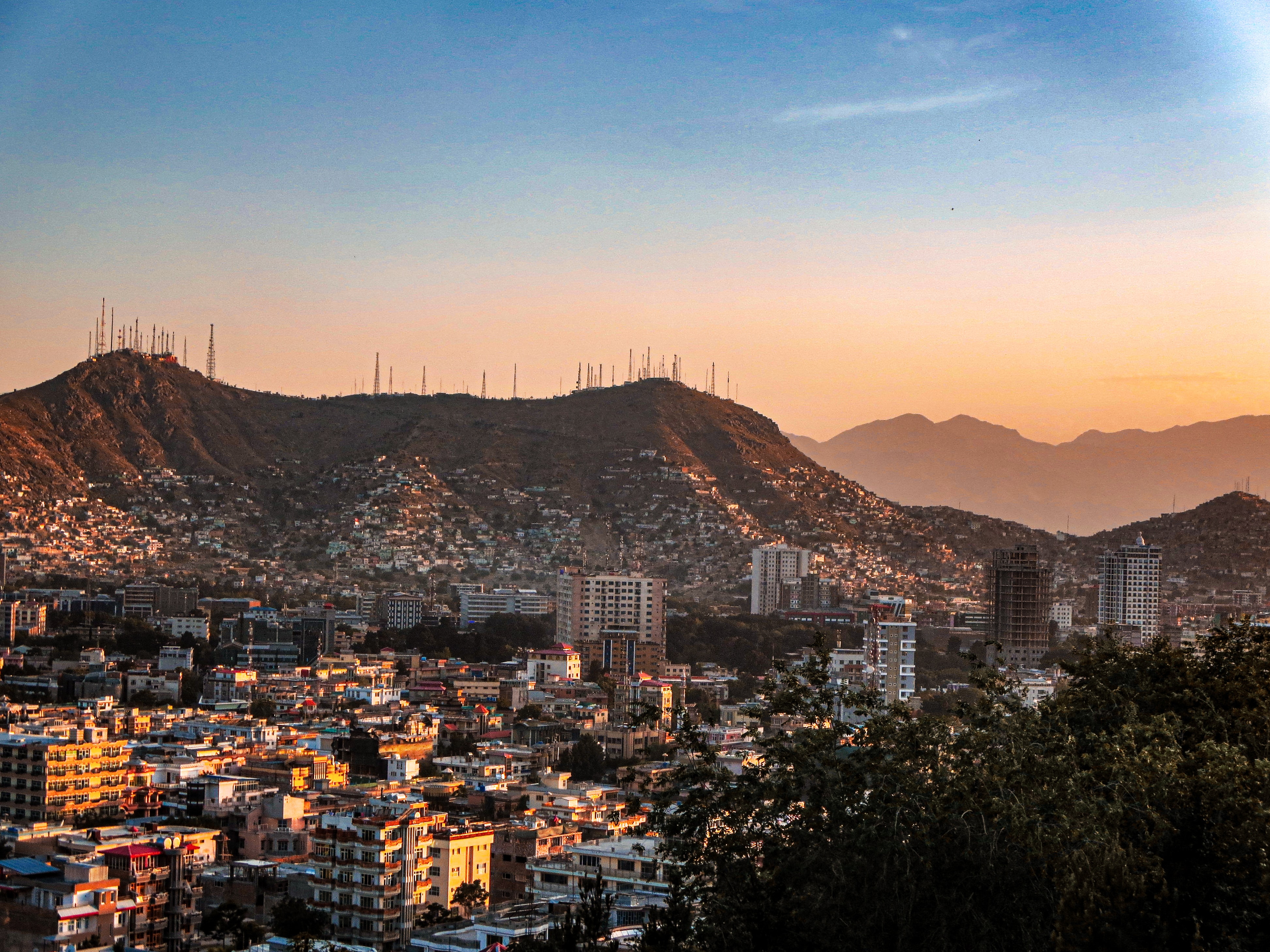 Even after the devastating impacts of the Taliban takeover on Afghan civil society, its members are continuing to scrutinize the acts of government. In this guest blog, authored by CESR ally Ibrahim Khan, we take a look at the recently approved national budget, what does it mean for people’s rights, and how are their lives being impacted by the fall of the republic and international sanctions.

Afghanistan has seemingly plunged into shallow levels of unemployment and poverty as the country is grappling with mass starvation as the threat of the pandemic continues. A recent report by International Labor Organization highlighted that nearly 500,000 jobs have been lost after the fall of the republic which has particularly hit women’s participation in the workplace.

In mid-January, the cabinet approved the national budget for the first quarter of 2022 in what would be Taliban’s first budget since its capture of the capital. Public scrutiny of national budgets is crucial to hold the plans and solutions proposed by the sitting government accountable. This blog post presents a critical review of the national budget document, highlights the primary issues, and provides possible solutions for the struggling Afghan economy.

Sectoral Allocation of the National Budget

The total volume of the national budget is AFN 54 billion ($600 million). The operating budget is AFN 49 billion ($544 million) constituting almost 91% of the total budget. The development budget used for implementing developmental projects has been allocated a meager share of 9% i.e., AFN 5 billion ($56 million) only. Financial resources that are available to meet expenses of national budget are estimated as AFN 47 billion ($522 million). The budget deficit is estimated is AFN 7 billion ($77 million). However, there is no explanation as to how funds will be be raised to meet the existing budget deficit. The contingency funds used for unforeseen or emergency events has been allocated AFN 2 billion ($22 million) which is less than 3% of the total national budget as it should be according to the international best practices.

Quarterly comparison of the budget demonstrates that the budget prepared is 51% smaller than the budgets that were formulated by the previous government. The reasons for this fall are clear, such as lack of foreign aid and lack of enough domestic revenues. The security sector however continues to secure the top place among other sectors concerning volume of budget allocation. A total of AFN 21 billion ($233 million) i.e. 38% of the national budget is allocated to the security sector. Education is the second largest sector with an allocation of 17% i.e. AFN 9.5 billion ($105 million). The Ministry of Martyrs and disabled people have also been allocated an amount of AFN 3 billion. The Ministry of Public Health is allocated 1.8% of national budget i.e. AFN 1 billion ($11 million).

The most striking and worrying shortfalls are for the Ministry of Public Works, Ministry of Agriculture, Ministry of Energy and Water. These are the agencies responsible for most of the developmental projects and therefore are the ones that particularly help in creation of employment opportunities. It is also important to note that most of the projects in these agencies were funded by the World Bank, Asian Development Bank and other donors. In the past for example, the Kabul Municipality would receive an allocation as part of its development Budget from the Ministry of Finance but that has also not been provided for this quarter.

Unsurprisingly given the Taliban’s history and ideology, the budget for the Ministry of Women Affairs (MoWA) has been slashed completely and therefore the Ministry dismantled. Although the MoWA wasn’t as effective even during the republic, the presence of the institution dedicated towards the upliftment and empowerment of women and girls nevertheless was fundamental to realise women’s and girls’ rights. Further, no budget has been allocated for the wellbeing of children or the rehabilitation of displaced persons.

Transparency on the reporting of the collection and utilization of revenues is non-existent. More importantly, no report on the collection of the domestic revenues (both tax-revenue and non-tax revenues) has been published on the website of Afghanistan’s revenue department. During the previous government’s term, republic officials claimed that more than half of the revenues are wasted due to corruption. If that claim is true, the revenues collected by Taliban can meet a larger portion of the Afghan national budget as they have planned to fight corruption.

Lesser revenues coupled with the United States’ decision to split Afghanistan foreign reserves (USD 7 billion) will further exacerbate the floundering Afghan economy.  These reserves helped the national budget by providing a portion of revenues the Central Bank of Afghanistan earned over the foreign exchange reserves annually. This will not only further devalue the Afghan currency, but will also worsen the purchasing power of citizens who don’t have enough cash in their hands due to currency crises. Besides its contribution to domestic revenues, the Afghanistan foreign exchange reserves help in maintaining the balance of payments and acts as backup funds if the national currency devalues rapidly.

While the international community continues to provide humanitarian aid, it is clear that it will not help Afghanistan solve its financial crises. Humanitarian aid or the continued dependence on foreign aid is unsustainable and cannot help in the creation of jobs, or in improving the conditions of hospitals or schools. Freezing the foreign exchange reserves have had their own impacts and it will be hard for Afghans to recover from them in near future. Following the seizure of Afghan assets, people have lost access to their own money. Government servants are going without paychecks and local businesses have been severely affected.

The consequences of seizing Afghan assets will continue to affect the present and future Afghan generations as well. When the central bank doesn’t have access to foreign exchange reserves, it means that the central bank is not functioning in the country. And, without a functioning central bank, no amount of foreign aid or humanitarian aid can help resolve the Afghanistan economic crises. Consequently, the country’s economic situation will continue to deteriorate affecting important sectors like health and education that are already at the brink of collapse. In short, the sanctions levied upon Afghanistan as a result of the Taliban takeover are eventually hitting ordinary Afghans, violating their social and economic rights.

Budget oversight is the duty of the Supreme Audit Office (SAO) and the Parliament. Both these entities should be independent in carrying out their functions. Public engagement (including women, and disabled persons) in formulation of national budget is important to allocate resources according to the needs of citizens. Both oversight and public engagement should be considered in all the phases of the budget cycle i.e. formulation, approval, implementation and evaluation.

Some of the positive developments about the national budget are: publishing the national budget on the website of the directorate of budget, presenting the expenditures in alignment with the of classifications of functions of government (COFOG) standard, and  allocating budget to Human Rights Commission as well as the Access to Information Commission (AIC). The AIC, for example, is the principal government institution that is responsible for public disclosure of information. While these can help in transparency of the budgeting process, two more critical factors in the public financial management system i.e. budget oversight and public participation have significantly weakened since Taliban’s takeover. Moreover, the allocation of budget to the Human Rights Commission is little consolation when its staff have been harassed and persecuted since the Taliban takeover.

Although the budget is in the implementation stage, not much has changed in the service delivery to public. The overwhelming majority – 98% of the population - lacks enough food to eat. Most of the schools and hospitals across the country are ill-equipped lacking the basic facilities. Besides the national budget, the humanitarian funds have also poured into the country. More than USD 1 billion were pledged by the donors in Geneva Conference later in 2021. However, similar to the Taliban’s national budget, funds pledged by donors have lesser transparency and accountability as there is scarce public reporting on the execution of funds as well as over the chosen objectives of funded projects.

The world must not turn blind eye to the on-going economic and humanitarian catastrophes in Afghanistan. The sanctions levied on Afghanistan that are actually hurting its people are much harder and stringent than the ones imposed upon Russia after its invasion of Ukraine, in addition to the unfair and racist treatment meted towards Afghan refugees by the US and European countries.

The Way Forward for Improving the Afghan Economy

The current economic situation of Afghanistan is near to hitting rock-bottom. According to the International Monetary Fund (IMF), the Afghan economy contracted by 30% as inflation has soared to the highest levels. The way forward for fixing the Afghan economy can be delving into alternative ways to create wealth.

*Ibrahim Khan Jabarkhail worked as Public Financial Management Transparency Officer with a local watchdog organization in Afghanistan. He is the lead researcher in Afghanistan for the Open Budget Survey 2021, that is conducted in 117 countries. He has five years of experience in analyzing the Afghanistan national budget.