“The relationship between fiscal policy and human rights remains at the margins and it is important to bring it to the center of the discussion, as it is in their budgets that states’ priorities are to be found”
- Emilio Álvarez Icaza, Executive Secretary, IACHR

Washington DC, 26/10/2015.  For the first time, the Inter-American Commission on Human Rights has played host to a thematic hearing specifically focused on fiscal policy and human rights, and in particular economic, social and cultural rights. 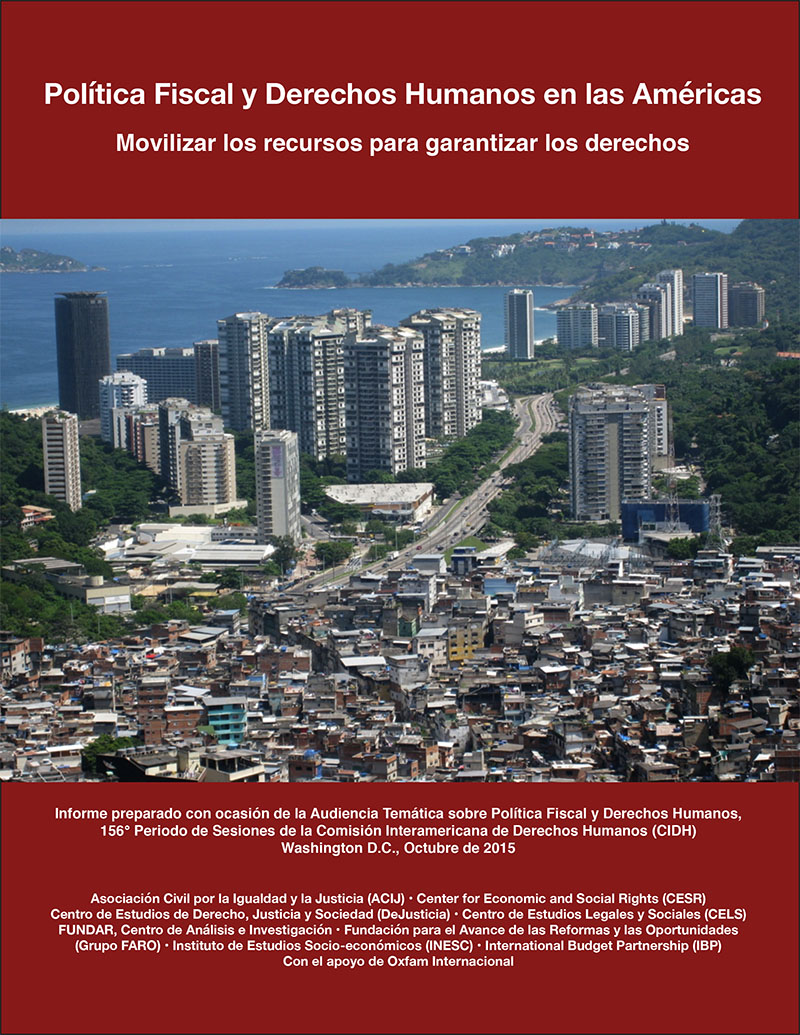 Last Thursday 22 October, the Center for Economic and Social Rights, DeJusticia, FUNDAR Centro de Análisis e Investigación, and Oxfam spoke on behalf of a coalition of international and regional organizations (listed below), giving arguments and evidence on the regressive and discriminatory fiscal policies that are implemented by many countries in the region, and how these inhibit states’ capacities to generate resources to guarantee human rights. During the hearing, Gaby Oré Aguilar, Deputy Executive Director of CESR, emphasized the urgent need to address fiscal policy as a human rights issue within the framework of the Inter-American System. Making reference to the current slowdown in economic growth in the region, she underlined that “it is in the context of economic crisis that human rights oversight of fiscal policy becomes even more relevant and necessary, to prevent the adoption of austerity measures and fiscal policies that are even more regressive”.

The figures and cases cited before the Commission also provided irrefutable proof of how unjust fiscal policies violate human rights obligations and principles as set out in international and regional treaties in a region that remains the most unequal in the world. Deborah Itriago, speaking on behalf of Oxfam, said “unjust fiscal policies have not only failed to help tackle inequality and poverty in the region; in many cases they have maintained them or made them worse”.

Sergio Chaparro, representing DeJusticia, explained that “in Latin America many fiscal policy choices, such as cutting back budgets for social programs, have meant retrogression in the enjoyment of rights that are neither necessary nor proportionate. Some constitutional courts have declared cuts to public university budgets, health systems and regressive legislative reforms to pension provisions, to be contrary to human rights obligations.” Later on, Humberto Guerrero, speaking for FUNDAR Centro de Análisis e Investigación, said “although there have been advances in the region in terms of fiscal transparency, transparency in itself is not sufficient to improve the quality of public spending. It is necessary to improve effective participation by the citizenry and to improve other conditions and factors that determine the adequate distribution of public resources.”

The members of the IACHR present for the hearing thanked the organizations for tabling an issue that was “innovative” and “little dealt with” on the human rights agenda. Commissioner Paulo Vannuchi, who is in charge of the Economic, Social and Cultural Rights Unit at the IACHR, stated that the Commission has the role of “seeking ways to concretize” the complaints and proposals brought by civil society organizations. Commissioner Rosa María Ortiz, the Commission’s Rapporteur on Children and Adolescents, pointed out that Economic Ministries do not feel responsible for issues related to compliance with human rights, and referenced the standards issued by the United Nations, in particular the Committee on the Rights of the Child, as being an important reference.

The IACHR Secretary General Emilio Álvarez Icaza captured the predominant spirit of the debate at this first thematic audience on fiscal policy and human rights when he said “the relationship between fiscal policy and human rights remains at the margins, and it is important to bring it to the center of the discussion, as it is in budgets that states’ priorities are to be found”.

Finally, the organizations made concrete petitions to the Commission: They called on it to produce a thematic report on fiscal policy and human rights in the Americas; to formulate directives and recommendations oriented to making states in the region adopt just fiscal policies that guarantee human rights; to push states to comply efficiently with the periodic reports that they are obliged to produce according to the monitoring framework of the San Salvador Protocol; and to include in its future thematic reports – for example the coming report on poverty – an analysis of the impact of fiscal policy on the right or rights involved.

In recent years there have been important advances within the Inter-American System that have strengthened the capacity and possibility for effective scrutiny of fiscal policy by this body. For example, the creation of a unit dedicated to ESCR and the current process to create a rapporteur on ESCR at the heart of the IACHR. These are in addition to the creation of a Working Group on monitoring states periodic reports under the San Salvador Protocol, an additional instrument to the American Convention on Human Rights focused on economic, social and cultural rights.

These advances, together with the experience in monitoring fiscal policy of the civil society organizations involved, and the willingness expressed by the Commission itself at the hearing, open a new path to fiscal justice and human rights in the Americas.

The video of the hearing can be viewed here.

The report submitted to the IACHR on the occasion of the hearing can be downloaded in Spanish here, and an executive summary in English is available here. 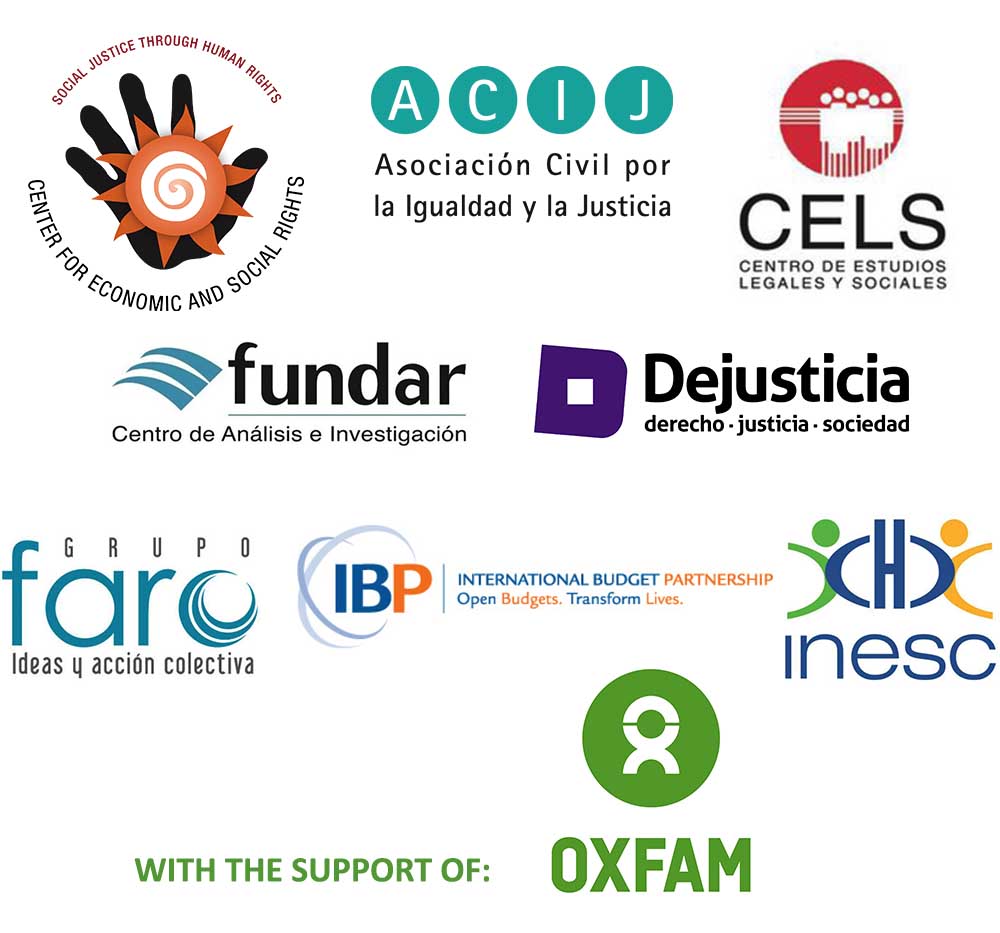