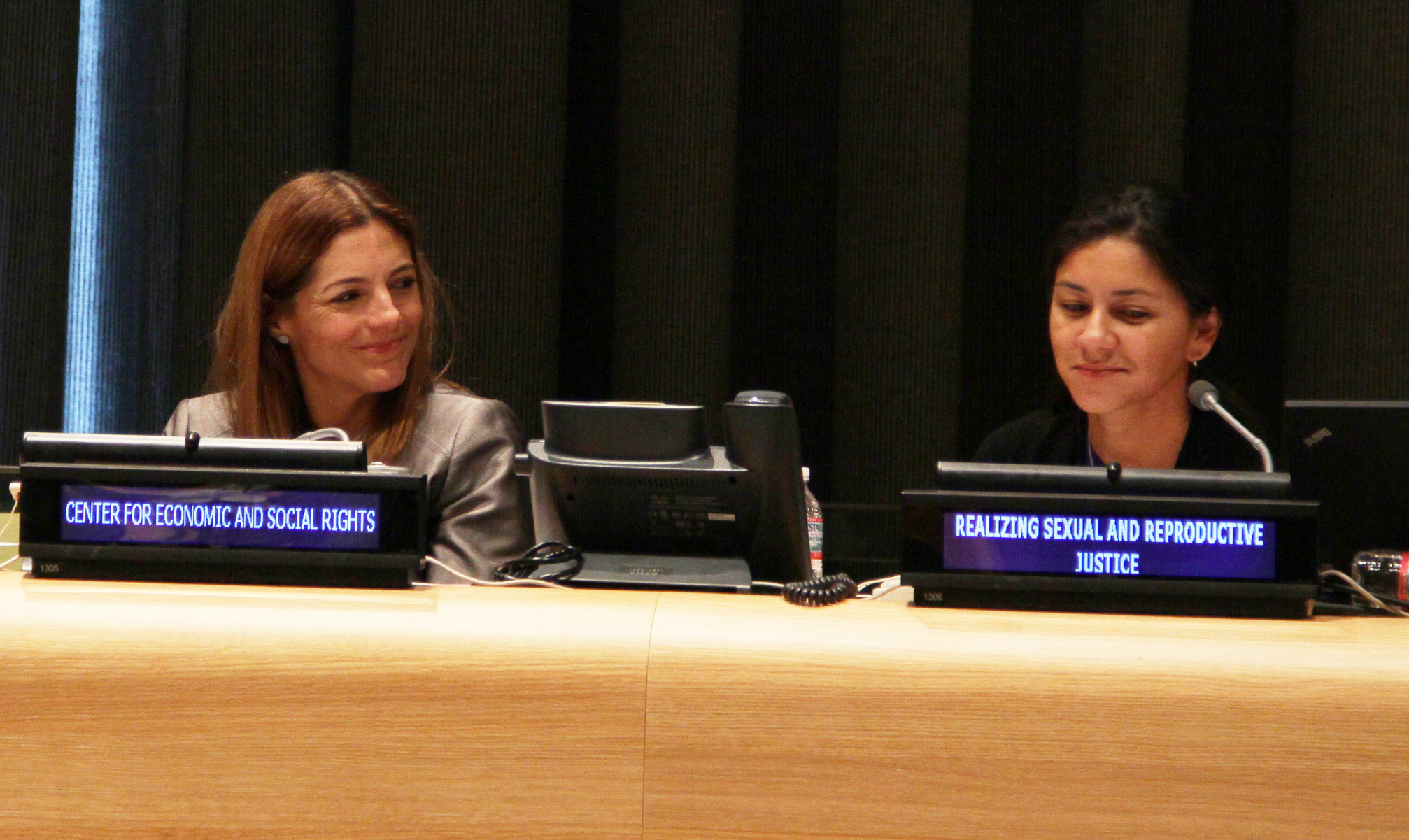 Last week's meeting of the Open-Working Group on the Sustainable Development Goals (OWG) provided firm evidence that the call from civil society from all corners of the globe for human rights to be at the heart of the post-2015 agenda are being heard. One after another, member states meeting in New York declared that human rights norms and standards, including the right to development, should be firmly incorporated into the new framework.

The sixth session of the OWG, which took place  from 9-13 December at the United Nations headquarters, heard repeated calls for the interdependence of human rights to be recognized in the post-2015 agenda. The vast majority of state representatives in attendance reiterated the necessity of delivering both freedom from want and freedom from fear, and of enabling an empowered civil society to ensure achievement of the new goals. Moreover, the crucially important issue of accountability figured prominently, with many of the diplomats calling for a global mechanism to monitor all development actors, including those from the private sector, so as to guarantee their actions help facilitate, rather than hinder, progress. In a similar vein, many developing countries argued for the extra-territorial impacts of policies in areas such as trade, finance and taxation to be subjected to human rights monitoring.

In their concluding remarks, the OWG Co-Chairs stated that one of the key consensus messages emerging from the meeting was that "human rights are cross-cutting and must be mainstreamed" throughout the post-2015 agenda. "Good governance based on human rights, the rule of law, access to justice and to information, transparency and accountability is a prerequisite for sustainable development", they said.

After many months of frenetic campaigning to get human rights included in the post-2015 debate, the statements made at last week's OWG represented a welcome development. It has now become clear that governments can no longer ignore the international clamor for human rights norms and standards to be fully incorporated.

Major obstacles to the achievement of this objective remain, however, and with this fact in mind civil society organizations including CESR continued their advocacy efforts both before and during the OWG meetings. A joint statement, endorsed by over 300 civil society groups from all over the world, was submitted to the Co-Chair as dialogue got underway on Thursday morning. CESR, together with its partners Amnesty International, the Association for Women's Rights in Development, the Center for Reproductive Rights, the Center for Women's Global Leadership, Human Rights Watch, and RESURJ, organized a side event on Friday entitled "Human Rights at the Core of Sustainable and Just Development." This timely dialogue, which was sponsored by the Permanent Mission of Denmark to the United Nations, offered an opportunity to explore in more detail the concrete implications of anchoring the post-2015 framework in existing human rights norms.

It was just one of a series of activities organized by civil society and other actors determined to further the cause of human rights in the continuing post-2015 process, however. For example, on Wednesday CESR took part in a side-event convened by the Office of the High Commissioner for Human Rights entitled "More than a vision: How to integrate Human Rights into the Post-2015 Agenda" which examined how human rights standards should guide the choice and formulation of goals, targets and indicators. Other events addressed similarly important issues such as how the necessary financing for sustainable development could be raised, and how human rights norms relate to the environmental dimensions of the agenda.

Success in delivering a post-2015 sustainable development agenda that fully harnesses the transformative power of human rights is far from a fait accompli, however. Powerful interests that would prefer to avert such an outcome remain in place, and renewed efforts and determination will be required if the encouraging statements made last week are to be reflected in the final agreement. The difficult task of building consensus on how best to harmonize policies in different areas, both nationally and internationally, and to ensure accountability for extraterritorial human rights obligations, will have to be dealt with head on. What's more, there is a pressing need to raise awareness among governments on how human rights metrics and indicators can be integrated into the goals.

Here at CESR, we and our partners are now setting our sights on these challenges. It would appear that the first stage of the battle has been won, but final victory, in the form of a truly transformative and human rights-centred post-2015 sustainable development framework, is far from guaranteed. In order to maintain the momentum, CESR is calling for further endorsements to the Joint Civil Society Statement before 31 December 2013. If you would like your organization to be included, please email CESR Communications Coordinator Luke Holland at lholland@cesr.org with your organization's name and logo (if available).