In partnership with our allies at ILEX Acción Jurídica, in this report (in Spanish) we analyze the role of fiscal policies in addressing the multiple inequalities that affect Afro populations in Latin America.

Despite the little statistical information available, it is estimated that Afro-descendants (and Afro women in particular) have less access to quality education and are less likely to find formal jobs compared to the rest of the population. Even when looking at Afro-descendants who access employment, their salaries are generally lower compared to non-Afro people.

In this context, fiscal policies are not neutral. States have the obligation to collect and allocate resources to evaluate and visibilize the unequal access to rights of afro descendant peoples, as well as to compensate them for those inequalities. Part of the structural poverty and inequality that affects these groups is due to the lack of fiscal policies targeted at ensuring historical reparation and guaranteeing access to their ancestral lands.

Drawing on the Principles for Human Rights in Fiscal Policy, the report emphasizes the States' obligation to mobilize resources to promote robust statistical systems, to put in place educational and employment policies targeting afro descendant peoples, and to guarantee their right to territory, and historical reparation.

Finally, the report details a series of recommendations for different actors that influence both the processes of evaluation and formulation of fiscal policy, as well as policies aimed at guaranteeing the rights of Afro-descendant populations. 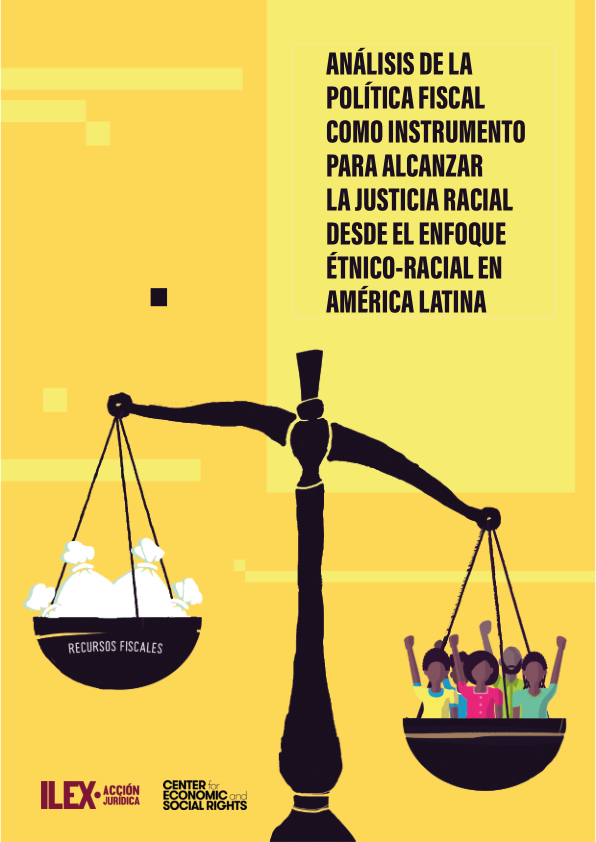