Strengthening protection of economic and social rights in Kenya 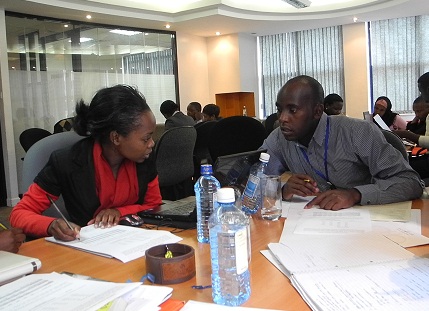 On December 12 Kenyans celebrated Jamhuri Day, a date which marks both Kenya’s independence from the United Kingdom in 1963 and its establishment as a republic a year later. As anniversaries often do, the date prompted a stock take of the nation-building project in Kenya. Editorials and news articles emphasized the sharp contrasts between rich and poor that continue despite the country’s recent economic gains, underscoring the deep rooted economic and social rights problems raised by CESR in its Kenya Fact Sheet, prepared for the country's appearance before the Committee on Economic, Social and Cultural Rights in 2008.

CESR researcher Allison Corkery recently returned from Kenya after spending 10 months with the Economic and Social Rights Department at the Kenya National Commission on Human Rights. This partnership with the KNCHR is part of CESR's work to ensure that national human rights institutions (NHRIs) fulfill their largely untapped potential as mechanisms for oversight and accountability on economic and social rights. The Kenyan Commission has been pioneering in this regard.

The 2010 Constitution entrenches economic and social rights and, importantly, spells out clearly the actions expected of government to progressively fulfill these rights. The significance of these provisions is starting to be felt in emerging jurisprudence on economic and social rights, such as the recent decision on forced evictions in Garissa; a case in which CESR collaborated to make an amicus curiae intervention through the ESCR-Net Adjudication Working Group.

As the body mandated to monitor and advise on human rights compliance, the Commission has been grappling with how to ensure that these provisions are meaningfully implemented to improve the day to day lives of Kenyans across the country. Kenya has seen a period of rapid political, economic and social reform following the post-election violence in 2008. However, a persistent disconnect between these three areas has left an accountability gap.

CESR’s work with the Commission has aimed to strengthen its capacity to address this gap. During her time with the Commission, Allison worked with a team carrying out a national public inquiry on sexual and reproductive health, a topic which highlights some of the issues affecting the realization of economic and social rights in the country more generally. The inquiry’s report, which will be released in early 2012, describes a sector where commendable policy initiatives fail to translate into quality service delivery for the majority of the population. Despite the devastating consequences of such a failure—it is estimated, for example, that approximately 8,000 women die annually from complications of pregnancy and childbirth, ten times the causalities in the post-election violence—constructing the argument for the systemic reforms and increased investments needed in the sector remains a challenge.

The opportunity to directly contribute to the Commission’s programmatic work has been an invaluable experience to see firsthand the institutional dynamics facing national human rights institutions. Based on the experience in Kenya and ongoing dialogue with NHRIs in other regions, in 2012 CESR will continue to work towards the development of a resource for national institutions on using new tools and approaches to monitor economic and social rights compliance.

For more information on this area of work, visit the section of our website on National Human Rights Institutions.