The year ahead: a critical step towards the world we want post-2015 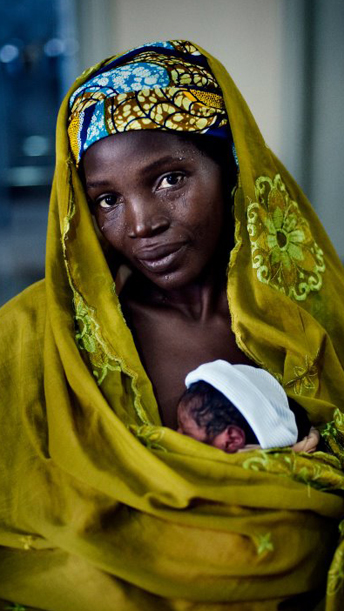 As 2012 draws to a close, human rights and social justice advocates the world over are setting their sights on a flurry of processes, which will together set down the parameters for a new framework to replace the current MDGs when they expire in two years time. To avoid the pitfalls preventing progress towards the current MDGs, civil society organizations, UN agencies and even some members of the High-Level Panel on the Post-2015 Development Agenda appointed by the UN Secretary General are beginning to converge around the imperative of grounding the new framework in the universal and pre-existing set of human rights norms, standards and operational principles.

It is CESR’s firm conviction that in order to overcome the limitations which have impeded progress towards the current MDGs, the post-2015 agenda must be grounded in human rights. Operationalizing the human rights principles of universality, interdependence, equality, participation, transparency, accountability, maximum available resources, the provision of a minimum social floor and international cooperation and assistance into development practice can give the next framework real transformative potential, thereby enabling it deliver on the promises that have lamentably gone unfulfilled under the existing approach. Sidestepping or marginalizing human rights this time around, by contrast, would represent a second missed opportunity for a whole generation.

Through applied research and collaborative advocacy, CESR will continue to fight in 2013 to ensure the fundamental human rights principles of justice, equality and accountability form central pillars of the new framework. Early in the year, CESR will publish a briefing on how best to embed human rights principles into the new agenda. We’ll also release a seminal publication with the Office of the High Commissioner for Human Rights on the centrality of human rights accountability as a backbone of development. A recently-published article by CESR Research Consultant Rick Rowden provides an analysis of the critical importance of social accountability, at both the national and international levels, in giving real transformative power to the post-2015 framework. And the particular importance of accountability in the spheres of fiscal policy and financial regulation is elucidated in another article by the same author which has just been published. Meanwhile, the popular misconceptions that continue to characterize much of the debate regarding human rights and austerity measures are dispelled in the CESR briefing Fiscal Fallacies.

In its role on the Executive Committee of Beyond-2015 – a highly influential civil society network of 577 participating organizations in 95 countries campaigning on the future development agenda – CESR is engaged in bringing a strong human rights voice to the worlwide consultations feeding into the work of the High Level Panel of Eminent Persons on the Post-2015 Development Agenda. Through the submission of position papers and active engagement in UN-facilitated thematic consultations, Beyond-2015 also works continuously to raise consciousness of the need for a better framework and to make sure ordinary people everywhere are properly included in these crucial processes.

As we move into what will surely be a pivotal year for  development, and so for the welfare of ordinary people everywhere, CESR and its partners will be working tirelessly to advocate for a better future for both current and future generations grounded in justice, equality and sustainability. The stakes could not be higher, as the future economic and social rights of many millions of people will be determined by the international community’s success or failure in 2013.