King, Keynes and Obama's legacy at the IMF

‘True compassion is more than flinging a coin to a beggar; it comes to see that an edifice which produces beggars needs restructuring.’  - Martin Luther King, Jr., 1967

‘The difficulty lies not so much in developing new ideas as in escaping old ones.’ - John Maynard Keynes, 1935 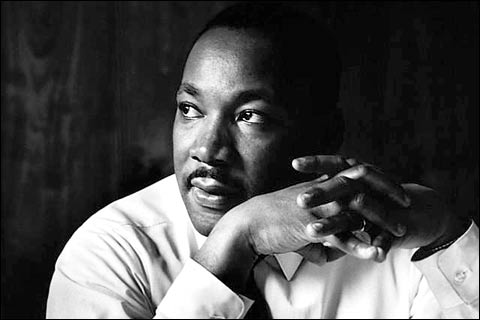 If he were not assassinated while building a cross-racial, nationwide Poor People’s Human Rights Campaign for decent work and a living wage for all, Martin Luther King Jr would have turned 84 this week. As a testament to his legacy, President Barack Obama will be sworn in upon King’s very own copy of the Bible. But do the iconic human rights leader’s principles inform the President’s priorities? King’s last years were dedicated to economic justice for all, and he would surely be turning in his grave at the sight of private financial actors running roughshod over working people worldwide. What will President Obama—the one man ultimately responsible for holding Wall Street accountable, and with decisive voting power in the world’s primary public financial institution, the IMF—do to stem the tide of deepening deprivation and disparity at home, a European continent mired in the black hole of austerity, and a globalized financial system using US territory to concentrate wealth and power at the top? Is this too tall a task for an administration facing severe domestic constraints?

Well, there’s one thing Obama could do on the first day of his second term: call up his friends at the IMF, and tell them to get serious about tackling the global economic crisis by dropping their antiquated ideologies, and allowing governments to use all the tools at their disposal to combat inequality through progressive taxation and regulate their financial systems to bring some discipline and stability to a floundering, free-for-all economy.

It would seem the International Monetary Fund has been experiencing something of an epiphany lately. Or so the story goes.

In a much-lauded study released by the IMF’s head economist this month, the institution admitted its fault for miscalculating how bad austerity-based economic policies would be for countries in crisis; two to three times as bad as previously estimated for Greece, Ireland, and Portugal, for example. Not only did every dollar of budget cuts or tax increases rob people of around a buck and a half of economic growth, the regressive policies also depressed investment and consumption even more than recognized, especially at the early stages of the crisis. This is not an academic exercise, let’s remember. IMF forecasts on growth determine to a large degree the price governments have to pay to borrow money in a crunch, and thus the cost of essential public services like health, education, jobs programs, unemployment insurance, and food assistance which are so necessary to prevent an even deeper human rights crisis in times of recession. Let’s leave aside for a moment the regressive conditionalities set by the IMF in its deals to bail out Ireland and Greece. By advising many other governments to roll back essential public services in dire economic circumstances, inaccurate IMF estimates cost people their livelihoods, and, in some cases, their lives.

Much damage has already been done. But let’s call a spade a spade, and extend a tentative bravo to IMF researchers for inching the organization toward shelving this antiquated ‘cut-to-grow’ myth. Indeed, this recent mea culpa precedes a body of work questioning a series of its most-cherished institutional positions, for example on capital controls, inflation targets, macro-prudential financial regulation, the effect of many free trade agreements on the ability of governments to regulate their financial markets, along with the role of income inequality in driving financial instability.

While attending the International Monetary Conference in Savannah, Georgia—not far from where Martin Luther King Jr. was born and lived most of his life—a deeply disappointed John Maynard Keynes spent what were to be his final days watching as his intellectual children, the International Monetary Fund and the World Bank, went awry in their 1946 inauguration, captured he feared by the might of the US’ newfound economic and military superiority. Inspired by the performance of the Sleeping Beauty he’d recently seen, Keynes wished some mythical fairy-godmothers would grant Master Fund and Miss Bank three gifts: first, a rainbow coat ‘as a perpetual reminder that they belong to the whole world’; second, vitamins to encourage ‘energy and a fearless spirit, which does not shelve and avoid difficult issues, but welcomes them and is determined to solve them’; and lastly, ‘a spirit of wisdom … so that their approach to every problem is absolutely objective.’

Will the IMF become an evolving, creative, evidence-based, wise, and truly global institution with everyone’s interest in mind, and a firm determination to fight back against the fiscal fallacies reproducing poverty, inequality and economic strife? Or will it continue to succumb to the inertia of old ideas, and remain a guardian of an ideologically-captured economic edifice owned by and acting for the economic elite, with only charitable crumbs for the poor?

Let us hope on this day that King’s legacy speaks across the ages to inspire the institution’s biggest vote-holder, Barack Obama, to make Master Fund’s fundamental aim the realization of economic and social rights for all.