Moments of Truth: Economic and Social Rights in Transitions to Democracy 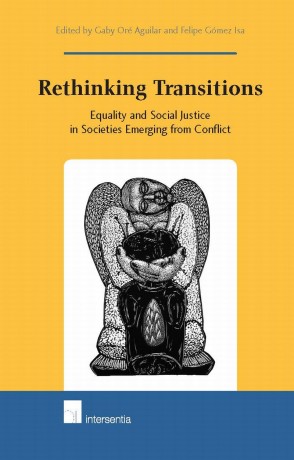 Countries emerging from dictatorships or internal wars in Latin America, the world's most unequal region, have systematically missed the opportunity presented by the transition to embark on the meaningful institutional and policy reforms acutely needed to correct the economic and social injustices and historic inequalities often at the root of political violence. Where social and economic issues have been included in peace accords, these have either been neglected in practice or precariously implemented. The peace accords in El Salvador (1992) and Guatemala (1996), for instance, contained tangible - albeit limited - economic and social rights-related provisions, whose implementation has lagged sorely behind other commitments. Levels of inequality, exclusion and human insecurity in these countries, especially of the most vulnerable populations, remain among the highest in the region. Macroeconomic policies promoted by international financial institutions aimed at liberalizing transitional economies have been in large part responsible for widening inequalities, seen also in African countries such as Mozambique, Rwanda, Nigeria and Ghana.

The transitions now unfolding in North Africa and the Middle East offer an opportunity for international actors and national political leaders to avoid the mistakes of past transitions. The 'Arab Spring' is deeply rooted in the economic and social hardship caused by corrupt governments and the absence of democratic institutions. Civil society organizations from the region have made clear the economic and social justice goals of the uprisings. They are demanding 'wide-ranging transitions towards democratic institutions and practices, as well as deep-cutting reforms of social, economic and political policies, based on inclusive national dialogue, participatory governance processes and empowered civil society'. In the words of Kinda Mohamadieh, program director of the Arab NGO Network for Development: 'The Arab Spring is not only a social expression of rebellion against political oppression, but also against the prevailing economic and social model.' A strong civil society call by organizations from 12 countries warned against 'diverting the Revolution's economic and social justice goals through conditionalities' imposed by international and regional financial institutions. They call for a 'democratic people-led process of development' and warn against increasing these countries debts and restricting the domestic policymaking space on economic and social justice issues.

The Arab Human Development Report 2009 highlighted the urgency of addressing economic and social inequities in the region, and the threat to human security posed by pervasive gender-based inequality, subordination and violence. Enormous gaps exist between rich and poor in this region of 300 million people, 23 per cent of which live on less than $2 a day. The Arab region exhibits the highest unemployment rates in the world affecting youth and women disproportionately. The ILO has made evident the need to build social protection systems that guarantee minimum levels of social protection for people, to progressively realize the universal right to social security and improve maternity insurance schemes.

Transitions bring the opportunity to rewrite the social contract between state and society, to restructure institutional architecture and tackle the political, social and economic deficits that contribute to social exclusion and deprivation. In transitions, economic and social rights have the potential to translate people's social justice claims into normative and enforceable entitlements through constitutional processes and national legislation. Human rights principles and standards should inform the design and implementation of international aid and development policies, assist domestic policymakers in setting priorities, encourage participatory processes in policy design and monitoring and promote effective access to justice and redress mechanisms. Institutional reforms must also address the need for transparent and non-discriminatory fiscal policy and taxation systems as a critical means to combat inequality. They should also ensure the creation of independent and effective oversight mechanisms, including national human rights institutions, high-level mechanisms to promote and protect women's rights, and efficient judicial and non-judicial mechanisms to address violations of human rights including economic and social rights.

The transitions in the MENA region must take heed of the growing body of evidence on the risk of leaving equality and social justice issues off the transitional agenda. UN Charter bodies are giving increased attention to the interdependence between development and security. Proposals on the role of  aid  in fulfilling economic and social rights and gender equality have emerged from many regional and national bodies, and critical perspectives are emanating from development, human rights and women's organizations. Egyptian women have demanded that the revolution slogan 'freedom, dignity and social justice' be translated into reality. They have claimed representation in the drafting of the new Constitution, in parliament, and in leadership posts while simultaneously demanding fulfillment of key economic and social rights. These civil society demands should constitute the road map for international organizations and transitional governments as they set priorities in economic, social and financing policy at the national, regional and international levels.