Women's rights and revenues: no gender equality without fiscal justice

Kate Donald is Director of the Human Rights in Development program at CESR, and the co-founder & blog editor of Women for Tax Justice.

Tax justice campaigns have been steadily building steam in recent years, while global campaigns like Oxfam’s Even It Up have captured and further catalyzed outrage about growing economic inequality. Of course, the link between inequality and tax is far from coincidental or tangential, tax policy being a crucial determinant of socio-economic disparities.

At CESR, we address the four crucial functions of tax from a human rights perspective: resourcing, redistribution, representation and re-pricing. Each is potentially a powerful channel for tackling inequality: the first in terms of providing further resources for accessible and high-quality public services, the second in redistributing income and wealth more fairly, and the third by increasing the voice and power of disadvantaged people in fiscal and political affairs, while also strengthening the accountability of those in power. Fourthly, shaping positive and negative incentives through re-pricing goods and services and correcting market distortions can be a powerful tool to instill more substantive equality.

By and large, tax justice campaigners have focused on the impact of tax on income inequality, but there is a growing movement of researchers, advocates and activists mobilizing to highlight the ways in which tax policy can obstruct women’s equality and human rights. Indeed, tax can be a very significant constraint on progress towards gender equality (as recognized even by the Beijing Declaration and Platform for Action 20 years ago). In most countries women are overrepresented among the poor, and there is a solid body of research showing that the weakening of the fiscal state over the last 30 years has in turn unfairly disadvantaged lower income groups. 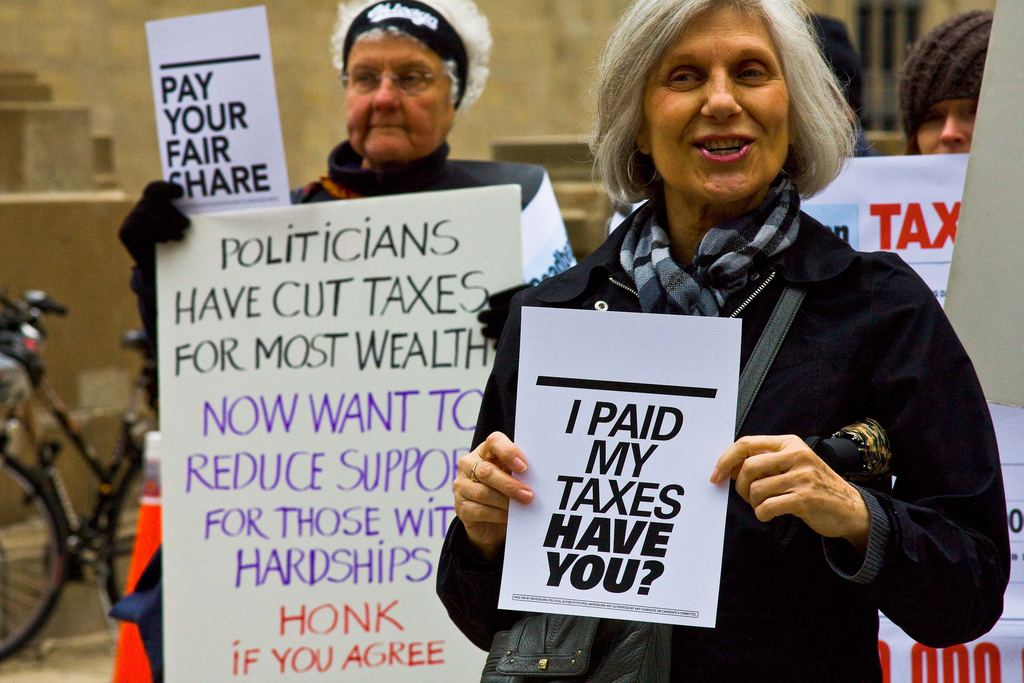 Tax also affects women in gender-specific ways. Women tend to rely more on public services, which are depleted and underfunded after years of fiscal austerity. Regressive taxation regimes with high rates of VAT or sales tax impact women’s incomes particularly harshly, as they tend to be the ones buying food, clothes and other basic goods for the household. Regimes with joint taxation for spouses or partners tend to disadvantage the lowest earners (in the case of heterosexual couples, usually the woman) and disincentivize women’s work, while reinforcing stereotypes about a woman’s income being secondary to that of the male breadwinner, and to her unpaid care work. Meanwhile, wages are often taxed at a higher rate than wealth and the incomes of multi-national corporations and high-net worth individuals are allowed to escape overseas to tax havens. Men are overwhelmingly more likely to accumulate wealth, own property, and be corporate CEOs and shareholders - and as such women are again prejudiced by a broken and biased system.

Engagement with fiscal policy and how it can help or hinder gender equality is therefore spreading within the feminist movement (driven by pioneering work by organizations such as DAWN, AWID and CWGL, and national projects such as the UK’s Women’s Budget Group) while tax justice campaigners are increasingly keen to explore the gendered impacts of tax. Meanwhile, it is imperative that the human rights community engages more operationally with tax from a human rights and gender perspective.

CESR is seeking to bolster the work of all these groups, bringing to bear our experience of using human rights as a powerful lens and set of tools to interrogate fiscal policy. Human rights is not only an authoritative shared normative language, but also an empowering mode of interrogating policy truisms and power hierarchies; not to mention a set of legal obligations with accompanying accountability mechanisms. The Convention on the Elimination of All Forms of Discrimination against Women (CEDAW) - to take just one legally binding (and almost universally-ratified) international human rights treaty - can be a very revealing lens through which to analyze economic policies and their impact on women. This exercise prompts us to ask if, for example, a given tax policy or system is contributing towards the “full development and advancement of women”; upholding women’s right to “free choice of profession and employment””, or contributing towards the “elimination of prejudices” based on “stereotyped roles for men and women”.

In order to delve into such questions and inspire further interrogation, CESR recently ran a ‘Tax Justice for Gender Equality’ workshop alongside Christian Aid, ActionAid, and the Center for Human Rights and Global Justice (NYU). The event was designed to be a capacity-building space for those women’s rights advocates and activists who are not so familiar with tax policies and their impacts, or how to articulate these issues in their advocacy. Participants from several different continents discussed the relationship between taxation and unpaid care work, economic inequality, the right to work, access to essential services, and global poverty. We unpacked VAT and country-by-country reporting, tax havens and human rights instruments, illicit financial flows and indirect bias in income tax. Our discussions also explored how specific human rights standards and mechanisms can be used as tools for evaluating and designing just tax policies, and how to influence current global policymaking processes - in particular the post-2015 sustainable development agenda and the Financing for Development negotiations.

As the nascent movement to link tax and human rights gathers force, it is crucial to ensure we better understand and reflect the different ways in which women (and other specific populations) are impacted by and experience tax. In the human rights community, we know all too well that inequalities intersect and compound in myriad ways. Income inequality - at both a global and national scale - may be the most obvious form of inequality which fiscal policy can affect, but to overlook gender is to do women’s human rights a disservice. CESR is committed to staking out space for women’s rights at the center of conversations on fiscal policy, including at an upcoming International Strategy Meeting, Advancing Tax Justice through Human Rights, which CESR is co-convening with tax justice and development advocates in Lima in April.