Interrogating the Legitimacy of Argentina’s Debt 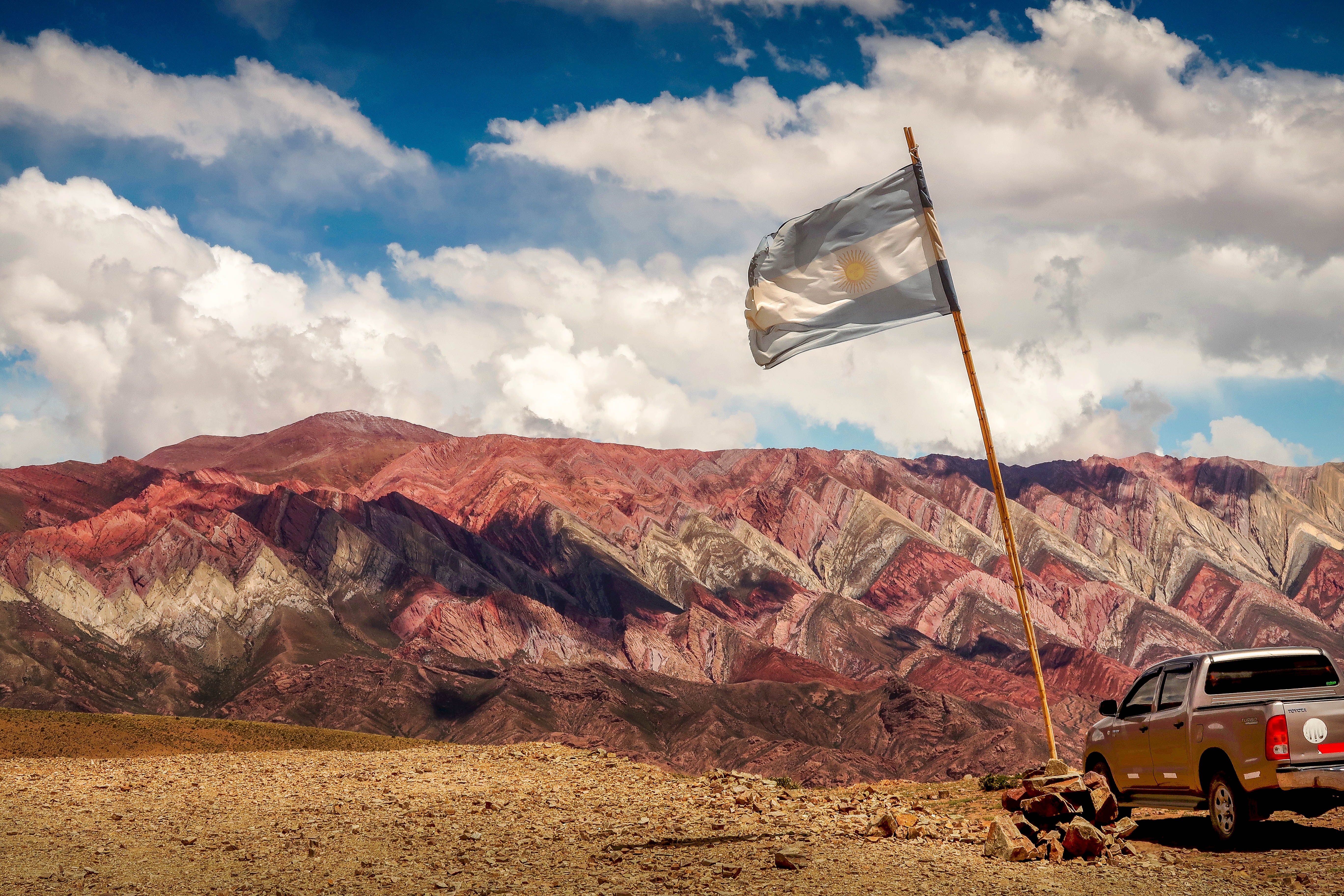 Following Argentina’s announcement of reaching an agreement with the IMF to refinance its outstanding debt, there is a groundswell of public debate about the legitimacy and the human impact of such payments. Human rights have a lot to say in the matter, and can help countries navigate the transformation of the international debt system.

Since the early 2000s, Argentina has been embroiled in a never-ending tumultuous cycle of debt and financial crisis. With deteriorating terms for borrowers, more precarious loans with high interest rates were borrowed to pay off previous creditors and investors. As the sources of borrowing dwindled, Argentina struck a deal for a $57 billion loan in 2018 with the International Monetary Fund (IMF), which came out to be the largest arrangement to provide financial support in the history of the institution.

At the time of the agreement, Argentina’s capacity to sustain its foreign debt obligations was severely restricted, pushing the country to decide between borrowing more money or further reducing expenditures on basic services, in the absence of a system that takes into account both States’ obligations towards their constituencies as well as their creditors. The program had the stated goals of restoring market confidence, protecting society’s most vulnerable, strengthening the credibility of the central bank’s inflation-targeting framework, and progressively lessening the strains on the balance of payments.

The program was nothing less than a massive failure that ended up grossly impacting the socio-economic rights of the Argentinian people. More than three years into the agreement, Argentina faces a dramatic socio-economic crisis: 40.6% of the population lives below the poverty line, and the country faces a 50% inflation rate and increasing levels of inequality. These indicators are not only “worrisome figures”, but have concrete implications over the ability of people to exercise their rights, especially for those who are over-represented among the lowest-income sectors of society, such as women.

Unfortunately, Argentina’s experience has echoed across other global South nations presently dealing with unsustainable levels of debt. Owing to the COVID-19 pandemic, recent figures show that the global debt has risen to staggering levels of $226 trillion.

As of the last few weeks, Argentina has managed to have its outstanding debt refinanced after long negotiations with the IMF, in what government officials involved in negotiations claim to be a success. This restructuring of debt with the IMF may set a precedent for other Global South countries currently battling worsening debt levels, if in practice it proves responsive to the country’s needs and succeeds in improving conditions for its population.

While the contents of the agreement are yet to be made public, we know so far that the country is still bound to pay back $19 billion in the fiscal years 2022 and 2023. The newly negotiated agreement with the IMF has settled for a "moderately expansive" fiscal policy (in other words, spending is not drastically curtailed). This was allegedly the most contentious aspect of the negotiations as the IMF has a long-standing history of pushing Global South countries to implement major austerity cuts. In the 1990s, Argentina privatized its social security system precisely due to IMF’s interference. The government at the time happily implemented the extent of these stiff measures which ultimately caused political unrest in the country. Therefore, for the sake of Argentina’s people, as well as it’s human rights obligations, a moderately expansive fiscal policy should translate into an increase in spending in areas that are beneficial for the socio-economic well-being of the larger public. The agreement has hinted towards continued investment in public works and science and technology and a commitment towards strengthening of tax authorities to curb tax evasion and money laundering in hopes of a gradual reduction of fiscal deficit. The mention of elimination of existing subsidies to public utilities to which Argentina has agreed to, however, needs further scrutiny from a rights-based lens, as such reforms tend to disproportionately impact people living in poverty and particularly women. Other aspects of the program touch on monetary policy (regulating the supply of money in the economy), establishing capital controls, curbing inflation, and governmental control of prices.

"The fact that a legal paper was so hotly debated by such a wide audience demonstrates that the IMF’s actions have very concrete consequences in people's lives. Because of the human impact of the Fund’s behavior, it is crucial to analyze its actions with a human rights lens."

The Argentine Congress still needs to deliberate over the new program but that has not discouraged the public from engaging with this issue. Questioning if the country is really bound to pay back at all, CESR ally Karina Patricio recently launched a paper arguing against the original agreement’s legal validity as a matter of international law. In a nutshell, the paper claims that the agreement violated the core purposes of the IMF and, therefore, is an “ultra vires” act (an action carried out beyond an international organization’s legal capacity, and therefore invalid). While the piece is of a legal-academic nature, it attracted massive attention from the Argentine media and was met with enthusiasm by the public. Most mainstream newspapers have covered the issue with interest, sparking public debate.

The fact that a legal paper was so hotly debated by such a wide audience demonstrates that the IMF’s actions have very concrete consequences in people's lives. Because of the human impact of the Fund’s behavior, it is crucial to analyze its actions with a human rights lens. Human rights law can help underpin the general international law framework to scrutinize the IMF, and provide innumerable roads for advocacy for a broad range of actors.

The human rights framework provides relevant and binding standards to analyze the duties of international financial institutions such as the IMF. As summarized in the Principles for Human Rights in Fiscal Policy, such institutions are subjects of international law, and must therefore respect human rights. In particular, entities that are part of the United Nations system, such as the IMF, must comply with the human rights provisions contained in the UN Charter (including the principles of equal rights and self-determination of peoples). Furthermore, States preserve their human rights obligations when they act as members of international financial institutions - meaning that representatives of wealthy Global North countries that have the preponderance of the voting and decision-making power can’t just leave human rights considerations at the door when they walk into the Fund’s Washington DC headquarters.

Overall, these institutions must prove that their actions will serve to fulfill, and not undermine, the human rights obligations of States, and refrain from directly or indirectly hindering or affecting the enjoyment of human rights. What would this look like in practice?

As CESR we argue that the IMF, both when providing technical assistance or loans should:

Building either implicitly or explicitly on such standards, a wide array of actors both at the governmental and non-governmental level have been challenging the policies and practices of international financial institutions, including through litigation seeking more transparency on the IMF loans in Argentina. Further afield, the US Supreme Court in February 2019, gave a favorable judgment in the case brought by the fishing and agricultural community of Mundra, a town in India against the International Finance Corporation (IFC) for financing the Tata Mundra Coal Power Project that caused environmental damage and a loss of livelihood. The judgment stated that IFC, as an arm of the World Bank group that finances private sector projects, was open to being held accountable by affected communities.

These examples show how it is crucial to explore synergies and gather efforts between human rights and other national and international frameworks to challenge long-standing policies, norms and practices that have led to significant marginalization of communities whose voices have historically remained ignored.

The coming months are surely crucial for Argentina and its public. One thing that can be said with certainty, is that how Argentina chooses to respond or challenge the 2018 loan will impact how other Global South countries seek to redefine their relationships with -or seek accountability from - international financial institutions. Human rights can help foster and guide those collective calls.