The views expressed in this blog are those of the author and do not necessarily reflect the position of CESR. 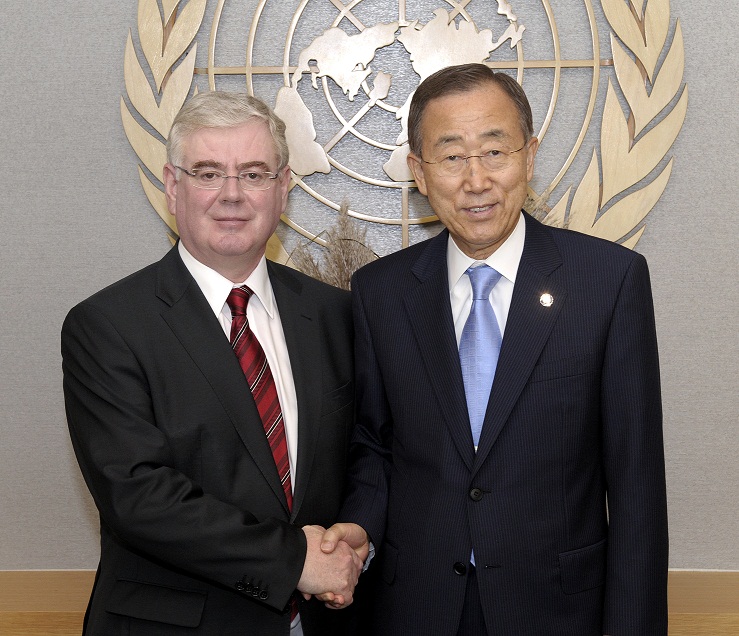 Just a few days ago, Ireland’s Deputy Prime Minister waxed lyrical to the United Nations General Assembly about his country’s heartfelt commitment to the organization. “The UN is the embodiment of freedom and equality,” declared Eamonn Gilmore before an audience of diplomats and politicians in New York. “It is our deep commitment to freedom and equality which places Ireland in the vanguard of international efforts… to eradicate hunger and under-development; and to put an end to human rights abuses around the world.”

Fine words, indeed, from the Irish politician. There may be some red faces on the morning of October 6, however, when his homeland is called upon to give evidence of this “deep commitment” to human rights at home before the Human Rights Council’s Universal Periodic Review (UPR). Ireland’s human rights commitments have been largely ignored in the government’s response to the ongoing economic crisis, and the economic and social rights of normal Irish people are being laid to waste as a result.

This week, CESR is participating in Ireland’s UPR, questioning the human rights impacts of Ireland’s economic recovery measures and illustrating some actionable alternatives.  Our summary briefing highlights the retrogressive impacts of the EU-IMF rescue package imposed on the country. The bailout deal, which is mirrored in the controversial National Recovery Plan (NRP), effectively socializes the losses of an irresponsible financial elite, imposing the costs on normal taxpayers and drastically undermining their social and economic wellbeing. Indeed when the bailout was unveiled in December 2010, the design and terms of the €85-billion package prompted Dublin-based think-tank TASC to declare it was “not a bailout for Ireland”, but rather “a bailout of the European banking system by the Irish taxpayer”.

In accordance with its obligations under the International Covenant on Economic and Social Rights (ICESCR), the Irish government must mobilize and allocate the “maximum available resources” towards progressively fulfilling economic and social rights,   including by making use of available tools to generate new sources of revenue, through taxation or monetary policy, for example. Since the Celtic Tiger economy was thrown into chaos in 2007, a series of austerity budgets have laid siege to economic and social rights in the country. Despite being one of the lowest-tax economies in Europe, with a corporate tax rate amongst the lowest in the industrialized world, Ireland has implemented a recovery program prioritizing cuts in social spending over common-sense progressive tax reforms which would raise the resources necessary to prevent retrogression in economic and social rights.   In this way the NRP fails to properly consider an alternative, human rights-centered economic recovery  in keeping with Ireland’s obligations under the ICESCR.

The Irish government’s apparent disregard for human rights principles is plain to see on the streets of Dublin, Galway and other parts of the country. Poverty is rising fast, as social welfare payments are drastically reduced, while the rate of long-term unemployment more than doubled in 2010. Ireland is also sliding down international rankings of literacy and competency in maths, as investment in education, which was already among the lowest in the OECD, is stripped away. An estimated €1.2 billion is to be slashed from Ireland’s already struggling health service over the next four years, and there have been warnings of a wave of homelessness as the crisis fuels mass mortgage defaults.

Perhaps more tellingly, the principle state agencies concerned with human rights were hurriedly dismantled or had the bulk of their funding withdrawn when it became clear the economy was about to enter stormy seas. The Irish Human Rights Commission - which is mandated to hold Ireland accountable to its human rights obligations - saw its funding slashed by 32 percent, while the Equality Authority (EA) was effectively hamstrung when 43 percent of its funding was taken away in 2008. The Combat Poverty Agency was meanwhile dismantled and absorbed into the Office for Social Inclusion, which was subsequently integrated into the Department of Community, Equality and Gaeltacht Affairs.

In sum, these are bleak times for human rights in a country that, until so recently, seemed an indomitable economic powerhouse. Even during the boom years, relatively few resources were channeled into social and infrastructural investments that would have helped secure the long-term welfare of Irish society, however. And it should be remembered that the decision to guarantee Ireland’s failing banks, effectively socializing the losses they had incurred, was taken in the dead of night without even the Cabinet having a say. Where, one might ask, was the principle of participation when then-Finance Minister Brian Lenihan committed what was later termed the “costliest mistake ever made by an Irishman”?

It is to be hoped that we may see a different, more considered, side to the Irish government when they face the UPR on October 6. As emphasized by the UN Independent Expert on Human Rights and Extreme Poverty after her visit to Ireland earlier this year, the government should undertake a thorough human rights review of all its recovery policies and measures. In particular, the Irish government should ask itself how it can effectively protect the most vulnerable, and how human rights principles can be integrated into the recovery effort. It should also consider ways to reverse cuts in social spending, by making progressive tax reforms, and restoring funding to the principal state human rights institutions.

The country’s supposed “deep commitment” to human rights could still translate into a revised recovery plan, placing human rights at its heart, in the wake of the review. Government ministers have previously promised they’ll do their best to protect the vulnerable. Thus far, however, their “best” has not been good enough.